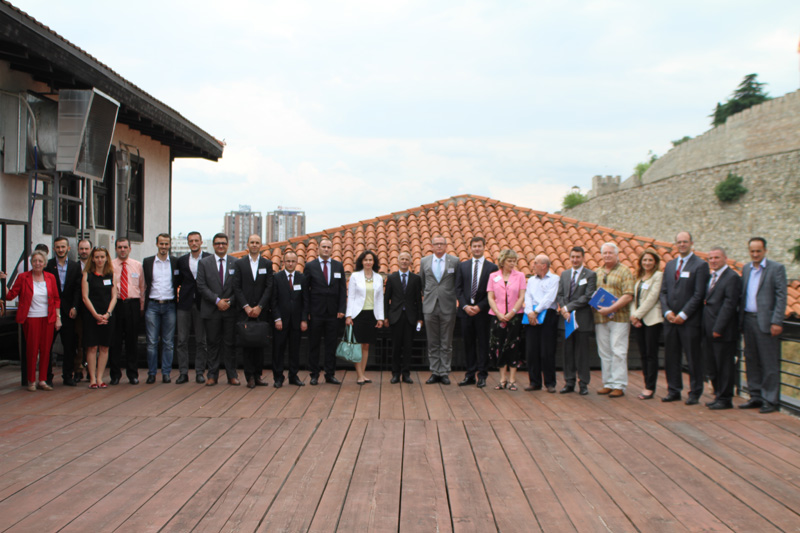 The International Scientific Conference “Vienna Congress and the Balkans – 200 years later (1815-2015)” on June 5, 2015 was organized by Club Alpbach Macedonia in a partnership with the Institute for Political and International Studies and with the kindly support of the Austrian Embassy in Skopje.

With the organization of this conference we would like to lighten the past and at once to offer a vision for the future of the region 200 years since the Vienna Congress. The goal of Vienna Congress was not simply to restore old boundaries, but to resize the main powers so they could balance each other off and remain at peace. The Congress of Vienna was the first of a series of international meetings that came to be known as the Concert of Europe, which was an attempt to forge a peaceful balance of power in Europe. It served as a model for later organizations such as the League of Nations in 1919 and the United Nations in 1945.

The conference was moderated by Mr. Günther Fehlinger, actually President of Austrian-Kosovo Society and the panelists for the welcoming addresses were the Austrian Ambassador in Skopje Dr. Thomas M. Baier, Vice-President of the European Parliament Mrs. Ulrike Lunacek (with a video presentation), Mayor of the Municipality of Çair Mr. Izet Mexhiti, Director of IPIS Prof.dr. Ylber Sela and the President of Club Alpbach Macedonia Mr. Pishtar Lutfiu.

In the conference we had 20 participants (Professors, young researchers, PhD candidates) from different EU countries and the region, which presented their research papers and discussed about the main thesis of Vienna Congress. As audience in the conference were at list 100 people form Austrian and Macedonian companies, Ambassadors from Embassies in Macedonia, staff form different NGO’s, Ministers, staff from Government and students.

Our goal is to establish a scientific perspective in order to see the problems and developments that happened in the Balkans in the past, which of these problems and developments occur today and which will in the future. Looking at the existing problems of the Balkans, compared with past 200 years as Vienna Congress legacy and approaching them with the experience of foreign and regional authors we think that we will assist scientific research by giving facts, analyses, new researches and documents.

We close the conference by dealing certificates for the author papers, and before the end of the year we will publish their research papers in English.

Pictures from the event: 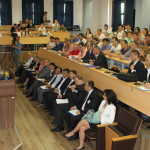 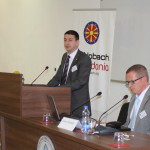 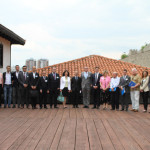